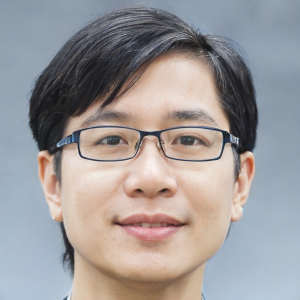 Who is Graham Stephan

Graham Stephan got his real estate agent licence after his 18th birthday and has amassed a large following on his YouTube channel. He publishes content about financial independence, the stock market and making financial smart decisions in general. Graham is the type of millionaire that doesn’t like to spend his money lavishly, but rather re-invest it to realize more growth.

Besides being a real estate agent and Youtuber, Graham is also a landlord. He owns multiple rental properties which he purchased with a beneath market valuation.

Graham Stephan holds traditional views on investing. He believes it’s best to buy stocks, hold them for decades and only sell them only if really needed.

For a person Graham’s age, he believes a good investment strategy is:

Stephan likes to have goals. His first goal was to be a millionaire by the age of 30. He actually already hit this goal when he was 26 years old.

His strategy was extremely effective… He tried to increase his income and make sure his expenses were as low a possible. Stephan claims to work 12 hours a day, which definitely accelerated his success. In an interview Graham Stephan says “You don’t need to be as extreme as I am, you don’t need to skim on every purchase. … What works for me won’t necessarily work for everyone.”

Stephan has set his next goal on $10 million, which shouldn’t be too hard for him to achieve.

Graham Stephan’s career started very early, at age 13 to be exact. He worked at a marine aquarium wholesale company that would trade in exotic fish and coral. He had to take pictures of all incoming inventory, edit them and publish them on the website. For every photo he took he was paid $1. He quickly figured he was able to do 20 to 35 per hour, which comes to a nice chunk of cash at age 13! He did this job until he was 16 years old.

It was by senior year in high school when he decided he wanted to pursue a career in real estate sales. At age 18 he got his real estate license and that was the beginning of his success story!

Stephan Graham began noticing that the quality of photography on other’s agents listings where of low quality. He offered them to make photos, edit these and publish ads on the internet. He negotiated that he would get to represent the tenants. This would give him a nice flow of ‘warm leads’ that earned him $500 per successful transaction. Eventually he would also start selling real estate properties.

From April 2008 to February 2015 he worked at Coldwell Banker as a Residential Real Estate Agent. He then made the jump to the Oppenheim Group, a known premier real estate broker in Los Angeles. This is where he made some of his biggest commissions selling luxury properties to celebrities including Orlando Bloom and Chloe Moretz.

Graham Stephan has specialized in the sale and lease of high-end properties throughout Los Angeles and claims to have sold more than $120 million worth of real estate. He has realized this by trying to build long-lasting relationships with his clients by being accessible and sharing his genuine passion for the real estate industry.

By now you know that Graham likes to work hard and a lot. Around 2017 Stephan decided to start making YouTube video’s. In his first video’s, Graham talked to his audience in a more ‘motivational’ type of way. It was a typical mix of showing his wealth, giving advice on investing and how to be successful in general.

After 20-30 video’s he found his niche and focused on the real estate market. From this moment he became increasingly successful and gained more and more views!

Besides using his talent to sell real estate properties, Graham Stephan decided early on in his career to purchase real estate rental properties. As of now he owns six properties in California.

When looking for new rental properties, Graham Stephan looks for undervalued homes that need some love and renovation.

In The Public Eye

As icing on the cake Stephan Graham was featured on the television shows Selling Sunset and Million Dollar Listing Los Angeles.

Stephan wants to share his real estate knowledge with the broader public. Through ‘The Real Estate Agent Academy’ on Teachable he teaches people all around the world the ins and outs of the trade. We talk more about that later on in this article!

When Graham was 13 years old, he started his career at a marine aquarium wholesaler.
At age 16, he was a drummer for a short period of time until he decided on another career path.
During the economic crisis in 2008, Graham got his real estate agent license and started by focusing on the real estate leasing market.
Graham started providing photography, editing and ad-posting services to other real estate agents and found a lucrative niche.
By 2017 Graham sold $120 million worth of real estate (age 27).
In the same year Graham started posting YouTube videos and gained significant viewership with whom he shares financial advice.

Who is Graham Stephan?

Stephan’s net worth doesn’t reflect the way he was raised. His parents lived from pay check to pay check.

Graham Stephan is a very interesting person that doesn’t like to fit the millionaires stereotype. He doesn’t like to flaunt his wealth and tries to only spend money on the essentials. No hundreds of Gucci bags in his wardrobe!

He does own several cars and het loves to share his passion for them at car meetings or by driving through the Malibu Canyons.

Is Graham Stephan his real name?

What is Graham Stephan’s Height?

When watching his video’s a lot of people wonder how tall Graham Stephan is. Since he doesn’t look very tall, that is a totally understandable question! We looked it up and can tell you that Graham Stephan is 5 ft 8 in tall. That is 173 cm in the metric system.

How old is Graham Stephan?

Yes, Stephan Graham has an Instagram page. He posts once every few weeks and shares photos of his personal life. If you are interested getting to know him better, Graham Stephan’s Instagram page could be interesting. His username is gpstephan

Stephan was raised in Santa Monica, California and currently lives in the Bernadina County area.

Stephan Graham’s wife is called Savannah. They have been together for years and years.

Graham Stephan likes to share his knowledge. He has partnered up with Teachable to sell his courses. Currently, he sells three courses, but we wouldn’t be surprised if he adds a few more in the future even though The Real Estate Agent Academy’s course took him nearly a year to make.

In this Teachable course, Graham Stephan shares the best tips & tricks to publish content and gain a lot of subscribers and views in a short period of time.
What equipment to use to make YouTube video’s

This Teachable course is Graham Stephan’s most popular course. He shares how to start and expand your real estate agent business in an out-of-the-box way!

In this Teachable course, Graham Stephan has partnered-up with Jeremy Lefebvre from the Financial Education channel on YouTube. He shares the best route to create the ultimate retirement strategy.

Graham is definitely no overnight superstar. He started by sharing tips & tricks on how to be successful in real-estate and got only a handful of views.
By consistently publishing Youtube video’s over a longer period of time, he has been able to garner a big following.

Graham has a podcast on Spotify and Apple. We have not been able to find out how much he earns from this stream.

“When you are a known YouTuber, you got to have some merch”, must have been Stephan’s thought! On his webshop you can buy mugs, hoodies, caps and more accessories.

We investigated Graham Stephan’s Teachable income by looking at the search traffic and information he shared in interviews.

Always wanted to receive (or send) a personalised video message by Graham Stephan through Cameo? This is your moment. He charges a hefty $189 and has an average 5 star review.

Looking at the amount of reviews he has gotten, we estimate that Graham Stephan’s monthly income is not more than $1,000.

We found out that Graham Stephan does not have a Patreon account.

Stephan owns seven rental properties in Los Angeles. At least three of the properties are free of mortgage.

In an interview Stephan shared that his gros revenue is at least $15,000. After expenses, taxes and mortgage payments, he makes a nice $5,000 a month

We listed them out below with their current valuation.

One of Stephan’s better side hustles, are affiliate and sponsors. An average agreement between Stephan Graham and the sponsor requires him to mention them for 45-90 seconds. He earns between $7,000 and $9,000 per month. Not bad right?!

Graham Stephan has a lot of streams of income, but it all started with his real-estate agent career! In September 2019, Stephan Graham disclosed that he earned over $77,000. In another interview he shared to earn around $8,500 a month in commissions.

We estimate, given that COVID-19 negatively impacted real-estate sales in 2020, Graham earned around $80,000 in commission payments.

Graham Stephan has always been transparent about his net worth. Recently he shared his net worth to be around $6,500,000 ! Not bad for a 30 year old.